Meet My Guest Ian Churchward and Read About His Book, His Medieval Band "The Legendary Ten Seconds" and How They Were Created

I met Ian through the Richard III Society, of which I've been a member for 30 years. Ian is a gifted musician and songwriter who writes lyrics and music in the medieval style but with a folksy touch and even hints of rock. All the songs tell stories about the life of Richard III, as ballads, some lively, some slower. His book, Songs About Richard III - A Richard III Music Project (click on the title to see it on Amazon) ties in with all his songs, explains how he became a loyal Ricardian, and how he formed the band.

About the Book, in Ian's Words

This is a revised edition of the original book which is about the songs I have written for my Richard III music project. It includes the lyrics for the songs which have been released on the albums which have been recorded as The Legendary Ten Seconds. The songs that I have written and recorded tell the story of the life and times of this King and the book has been written to try to satisfy the demand from people who want to know more about my music.

The introduction for the book has been written by the author Kathy Martin and her books include The Woodville Connection and The Beaulieu Vanishing. My book has been edited with the help of the author Sandra Heath Wilson who has had many novels published since the 1970's. Sandra wrote and read the narratives which accompany the songs for the second album about Richard III by The Legendary Ten Seconds and these narratives are included in my book.

The original version of Songs About Richard III was published in 2016 and this revised edition includes details of the songs which have been recorded up until the end of 2020. It includes information about the Mer de Mort album which was recorded to commemorate the tenth anniversary of the Mortimer History Society. It also includes details about the Torbay Pageant concept albums which was the main focus of The Legendary Ten Seconds throughout 2020. 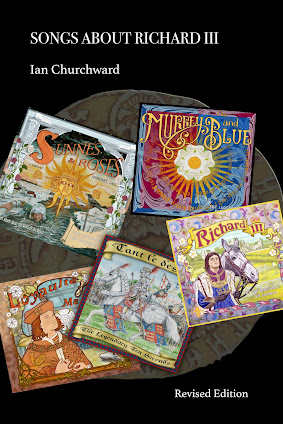 Ian's main hobby is music and he has played guitar in several bands in South Devon. He started recording as the Legendary Ten Seconds when he was the lead guitar player of The Morrisons who were featured on John Peel's radio one show back in 1987. Ian lives with his wife in Torquay, Devon, England and is a keen supporter of his local football club.

How The Band Was Born

The Legendary Ten Seconds started off as the solo music project of Ian Churchward in 2004 during the time when he was the lead guitar player of The Morrisons who were featured on John Peel's Radio One show back in 1987. When Ian started recording as the Legendary Ten Seconds he was also playing guitar for a ceilidh band called Phoenix. In 2013 Lord Zarquon joined Ian's music project and since then the line up has gradually expanded and various guest musicians and vocalists have helped out in the recording studio. These have included the backing vocals of Camilla Joyce and the lead guitar of Rob Bright. The most recent musicians to join the project are Phil Swann and Martyn Hillstead. The sounds of the Mellotron feature quite significantly in the recordings.

Most notably The Legendary Ten Seconds have recorded many critically acclaimed English folk rock albums which chronicle the Wars of the Roses and the life and times of Richard III in England during the late fifteenth century. The albums are available on Amazon and iTunes and the band have donated money to a scoliosis charity from some of the income generated from the sale of their music. The CD versions of the albums are available via the Richard III Society in the UK. In 2018 the band recorded the Mer de Mort album which was commissioned by the Mortimer History Society to commemorate the Society's tenth anniversary. It is a historically accurate album of songs which tells the story of the significantly important Mortimer medieval family from their roots in Normandy prior to the battle of Hastings and into the 15th century. The album includes historical narratives read by the actor John Challis ( Boycie in Only Fools and Horses ) who was the patron of the Mortimer History Society. The Legendary Ten Seconds have also recorded a comedy song about the Mortimers with John Challis speaking as Boycie.

In February 2020 the History Book Part Two album was completed and this was followed by The Acoustic Almanac, Amazing Songs and the Pageant of Torbay Part One albums. This last album contains songs which explore the rich and varied history of Torbay. For instance The Billy Ruffian is about when Napoleon Bonaparte was held as a prisoner on board HMS Bellerophon while at anchor in Torbay. Additionally a new version of the first Richard III album was released in digital format via Circle of Spears Productions. The new version of the album features fictional narratives written by Sandra Heath Wilson. The narratives are read by Sandra and Ian's wife Elaine, in the form of an exchange of letters between Richard III's mother and his sister Margaret.

2021 has so far produced three new albums by The Legendary Ten Seconds. These are the Pageant of Torbay Part Two, Semi Acoustic Almanac and a concept album of songs about Devon. This latest album is in the format of a Torquay radio show with jingles recorded by the band and introductions by Riviera FM's Peter Cartwright.

The band have performed several concerts for the Richard III Society including one for the USA branch in Denver.

I must say, the CD covers are fabulous frame-worthy works of art. Below are some of the covers: 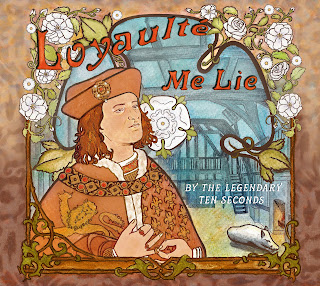 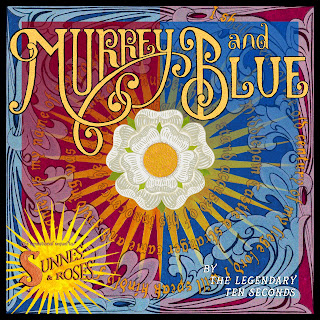 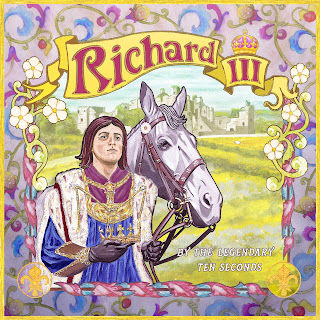 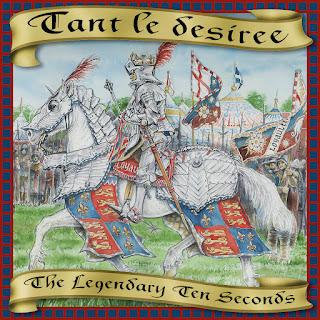 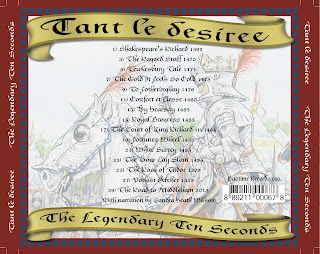 As a longtime Ricardian, I enjoy music from his era, but The Legendary Ten Seconds, led by balladeer Ian Churchward, who writes the music and lyrics, writes songs of Richard III's life. They each tell a story about different times and events in Richard's life before and during his reign, and the music will transport you right back to medieval times. The accompanying flute, as well as Ian's singing voice, instantly made me think of one of my favorite bands of all time, Jethro Tull, with flute virtuoso Ian Anderson's lively melodies and smooth voice. It's folksy, yet some of the songs have a faster tempo, as the folk-rock of Tull, and you'll find yourself tapping your foot as you listen to the livelier songs. Richard, who appreciated music and was reportedly a great dancer, would have thoroughly enjoyed these songs.

The CD covers are works of art. The CD Loyaulte Me Lie, (Richard's motto "Loyalty Binds Me"), released the year after his remains were discovered under a Leicester car park in 2012, features an image of Richard based on the facial reconstruction that shows us what Richard looked like.

If you're not a Ricardian (yet) you will learn much about Richard from these stories put to beautiful music.

I just purchased Loyaulte Me Lie from Amazon and will undoubtedly purchase more from this multi-talented group of musicians, who, incidentally, donate profits to a UK scoliosis charity.