Alicia is a suspense and paranormal author in Edmond, Oklahoma. She wrote her first romance at age 10 (featuring a hero who looked just like Elvis Presley), and she still has the tattered, pencil-written copy. In addition to reading and writing, Alicia loves watching and re-watching her favorite television shows, among them Dexter, Justified, The Vampire Diaries, Ozark, Friends, Seinfeld, and Everybody Loves Raymond. 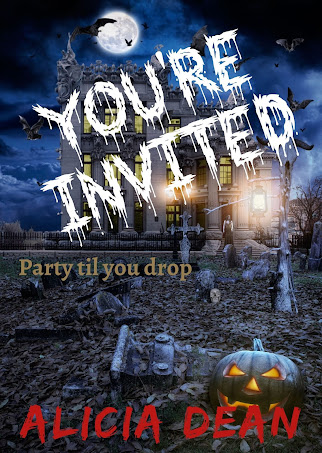 Morgan Michaels and her friends invite an unpopular girl from their high school to a Halloween party as a joke…but the joke backfires, and the girl ends up murdered.

One year later, they receive an invitation to a mysterious Halloween party. It’s all fun and games at first, but Morgan soon discovers there’s a psycho in their midst, and he’s slaughtering them one by one, using a prop from each of their costumes.

Now the killer is in hot pursuit of the remaining survivors. Can they unmask the maniac before they, too, meet an untimely end?

WTF…where was he? She took her phone from her pocket. At least it provided her some light. She wished she’d checked the time when he left so she’d know how long she’d been waiting. And, she wished she had his phone number. She could text and see when he’d be back. Because she was really getting scared. And he’d been gone, like, forever. Screw this. She was going back. Hopefully, she wouldn’t get lost.

She stood and headed back the way she thought they’d come. There wasn’t really a path, Axel had just forged his own. And she hadn’t paid attention because her mind was occupied with other things. Was this the right way? She peered through the darkened woods, hoping to catch a glimpse of Axel’s house. Even with the fence surrounding it, she should be able to at least see some lights—

A crack sounded behind her, and she whirled, her heart diving into her stomach. She knew that was something…someone…?

“Axel?” Her voice trembled. Maybe he was back and couldn’t find her. “I’m over here. Sorry. I wasn’t sure you were coming back, so I—”

Something lunged at her from between the trees. She couldn’t make out the features, but it was definitely human—a man.

She opened her mouth to scream, but he grabbed her and clamped his hand over her mouth. A sickening horror rose when she felt him reach for the dagger in her pocket. She whimpered, begging…crying…but the sound was muffled beneath his hand.

Other Retailers
Posted by Diana Rubino at 9:00 PM 9 comments:

Get Ready to Howl with Werewolf Chills: Moonlight Becomes You by my Guest Robert Herold

I invited my author friends to send me entertaining posts suitable for the Halloween season, and Bob, one of my fellow The Wild Rose Press authors, replied right away—meet Bob and read about MOONLIGHT BECOMES YOU. 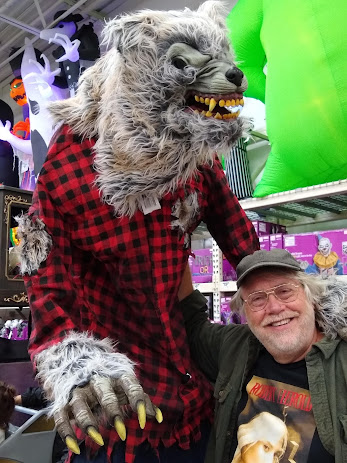 The supernatural has always had the allure of forbidden fruit, ever since my mother refused to allow me, as a boy, to watch creature features on late night TV. She caved in. (Well, not literally!)

While other kids my age wanted to grow up to be doctors, firefighters, spacemen, and the like, I wanted to be a werewolf. As a child, fresh snow provided me the opportunity to walk out onto neighbor’s lawns halfway and make paw prints with my fingers as far as I could stretch. I would retrace the paw and boot prints, then fetch the neighbor kids and point out that someone turned into a werewolf on their front lawn! (They were skeptical.)

I have pursued many interests over the years (including playing the sax and flute, and teaching middle school history for 36 years), but supernatural writing always called to me. You could say that I was haunted. Ultimately, I hope my books give you the creeps, and I mean that in the best way possible!

Get Ready to Howl with Werewolf Chills: 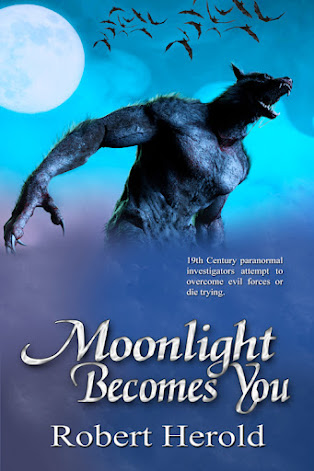 Werewolves and vampires have lately been portrayed as tragically lovelorn beings with a big heart but a tendency to do love bites. Moonlight Becomes You, on the other hand, returns to classic themes where the monster is just that, and the love-interests are between humans in jeopardy. The story involves 19th Century ghost hunters who are asked to stop a werewolf that is terrorizing a Black community. The monster is scary. In fact, so are some of the humans, given the involvement of KKK. The book recently received a 5-star review and a Crowned Heart of Excellence Award from In D’Tale Magazine. It is also the recipient of two first-place wins by the Southeastern Writers Association, including Best Novel!

If you are looking for some honest chills this Halloween, look no further! Moonlight Becomes You is also on sale this month for only $.99!! Now that’s something to howl about!

Purchase MOONLIGHT BECOMES YOU for .99 on Amazon

Doc Curtis fought for every reserve of strength and managed to quicken his pace. He could hear them shouting behind him and dared not look back, fearing it might slow him just that much more.

He made it through the field and emerged onto a rough access road running between the cultivated land on one side and the woods on the other. The doctor dashed across the dirt road and through the weeds and scrub bordering its opposite side. The trees stood twenty yards ahead. He would make it, find a thick trunk to hide behind, and fire a warning shot. If he could drive them off, it would be best. If not, he would do what needed to be done. Life had reduced itself to its most basic terms: kill or be killed.

Just five yards from the trees, a gigantic black beast bounded from the woods and landed before him. The doctor skittered to a stop, and his feet went out from beneath him. The creature stepped closer, looming. Its eyes glowed red, and the skin around its muzzle drew back, revealing a mouthful of sharp canine teeth.

The Klan had come at him in two directions, the doctor realized.

He raised his pistol and fired into the snarling face above him.

My Halloween Story, October Recipe, a Favorite Ghost Book, and Some Orbs I Captured

I do paranormal investigations with a group near where I live, and I attended my very first ghost hunt with them a few nights before Halloween. About ten of us visited Old Dunstable Cemetery where some victims of a 1702 Indian massacre are buried. It’s the oldest cemetery in Nashua, NH, dating back from when  the land was part of Massachusetts. The earliest burial dates from 1687.

Researchers had found the victims’ names, so we were able to locate their gravestones. The only equipment I had at the time were my dowsing rods and a digital camera. While others in the group made their attempts to contact spirits, I stood before a gravestone that read: this Man, with Seven more, that lies in this Grave; was Slew, All in A day, by the Indiens. 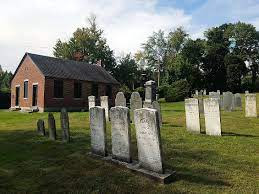 Holding my rods, I asked a few questions: Did you die in the massacre? Were you born here? You can only ask simple yes or no questions and ask the rods to cross for yes and separate for no. I got answers to all my questions. I then stood before another stone reading: Rev. Thomas Weld, Born June 1653, Settled as the first minister of the church in Dunstable Dec. 1685, probably massacred by the Indians while defending the settlement June 7, 1702, age 49. All the while, I felt a strong presence, and immediately began feeling dizzy and lightheaded. I found that this happens quite frequently when I ghost hunt. I’ve never seen a ghost, but have felt presences near me, and always get dizzy when I sense someone is nearby. I took several photos throughout the cemetery, and some came out with brightly colored arcs among the tombstones. I didn’t dare visit that graveyard on Halloween night!

Roxie is an author, television personality, and tour guide based in Portsmouth NH and York, Maine. Her tour company, New England Curiosities, has been offering tours and haunted events since 2002. She has written several books in the "Haunted America" series, and one of my favorites is HAUNTED YORK COUNTY, about this beautiful area of coastal Maine. 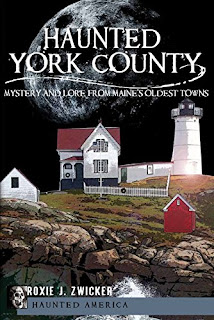 While on Roxie's tour of York Village, I took a few photos inside the old schoolhouse, capturing several orbs. 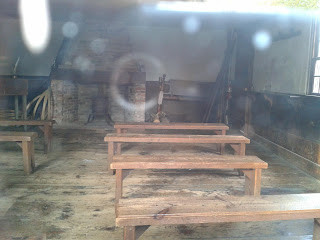