Terry Korth Fischer writes short stories, memoirs, and mysteries. Her memoir, Omaha to Ogallala, was published in 2019. Followed in 2021, by her debut mystery, Gone Astray, introducing Detective Rory Naysmith, a seasoned city cop relocated to small-town Winterset, Nebraska. Transplanted from the Midwest, Terry lives in Houston, Texas, with her husband and two guard cats. When not writing, she loves reading, frolicking with the kittens, and basking in sunshine. Yet, her heart often wanders to the country's heartland, where she spent a memorable—ordinary but charmed—childhood. 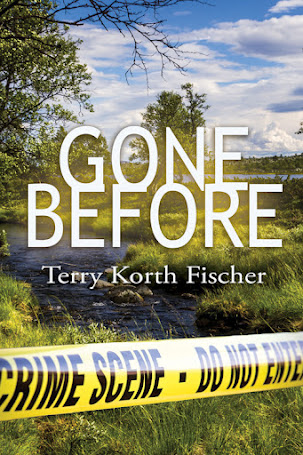 A murderer who doesn’t leave a clue. Small-town detective, Rory Naysmith, thought he’d seen it all, but a young woman’s brutal murder is especially hard to stomach. Doubly so, when he recognizes the murder’s MO is identical to that of Tobias Snearl, the killer he put behind bars a decade before. His frustration grows after a series of senseless accidents plague those dearest to him, and a second woman dies. Searching for answers, Rory races against time, plunging deep into the murder investigations, drawing ever closer to becoming a casualty of the dark, angry deeds himself, until he finds no one is who they pretend to be—and none are beyond evil’s reach.

The detective studied the cloudless sky and tried not to think about his foot. It didn’t work. “Just use the crowbar to break one of these frickin’ stones loose.”

The jack handle didn’t do the trick. Opening the trenching tool and using the pick end, Thacker swung it against the largest stone. It bounced off the surface. Rory suppressed a scream as pain shot from his knee down his encased leg.

“Try removing one of the outer stones. Loosen them, and maybe we’ll be able to budge these. I’ll hold the light, and you make room for these damn jaws to unclasp. Try finding the cornerstone.” A fine layer of perspiration covered Rory’s face. He felt defeated and a little nauseous. He leaned back on his elbows and looked at the sky. “Thacker,” he said, “this is damn unlucky.”

The rookie moved down the mound to the edge of the pile. Using the crowbar and a lot of muscle, he attacked. Finally, he was able to roll one stone out of position. Then another. He was still three feet from Rory’s crevice, working his way toward the more enormous boulders and Rory’s ultimate freedom, when the rock he was prying loose rolled out of place. He hesitated. “There is something funny here, boss.”

“I could use a good laugh.”

“There’s someone else in this rock pile.”