Meet Author and Historian Harlow Giles Unger and Read About THE LAST FOUNDING FATHER, His Biography of James Monroe 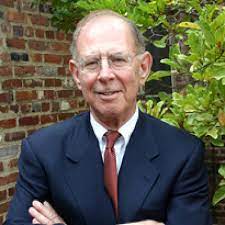 I met Harlow in a Facebook book promotion group, and am becoming a big fan, as a huge history buff myself. He is the author of twenty-seven books, including more than a dozen biographies of America’s Founding Fathers and four histories of the early American republic. A veteran journalist, broadcaster, educator, and historian, he is a former Distinguished Visiting Fellow in American History at George Washington’s Mount Vernon and was named one of America’s premier presidential biographers. He is a graduate of Yale University and was a journalist the New York Herald Tribune Overseas News Service before becoming a full-time author.

This post features THE LAST FOUNDING FATHER, his biography of President James Monroe. 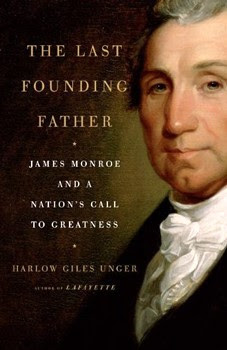 About THE LAST FOUNDING FATHER

The epic story of James Monroe—the last of America’s Founding Fathers--who transformed a small fragile nation beset by enemies into a glorious and powerful empire stretching “from sea to shining sea.”

A fierce fighter in the Revolutionary War, Monroe suffered a near-fatal wound at the Battle of Trenton, survived the cruelest winter at Valley Forge, and fought heroically at the Battle of Monmouth. Decorated by Washington for his courage, Monroe went on to serve America as its first full-time and life-long politician—a member of Congress, minister to France and Britain, governor of Virginia, secretary of state, secretary of war, and, finally, fifth president of the United States.

With his courageous first lady at his side, Monroe took command of a nation nearly bankrupt, its people divided, its borders under attack, and its capital in ashes after the British invasion in the War of 1812. Monroe rebuilt national defenses, expanded the military, ripped Florida from Spanish control, and added six states to the Union, extending national boundaries to the Gulf of Mexico and Pacific Ocean.

Monroe climaxed his presidency—and startled the world—by proclaiming the landmark Monroe Doctrine, which closed the Americas to foreign incursions and colonization. Secure from foreign attack, Americans streamed westward to claim a share of America, producing the largest economic expansion and redistribution of wealth in U.S. history.

The only president other than George Washington to win reelection by unanimous vote, Monroe led the nation and its people to greatness and created an “Era of Good Feelings” never seen before or since in American history.

A New York Times best-seller, Unger’s The Last Founding Father is both a superb read and stellar scholarship—action-filled history in the grand tradition.

On December 2, 1823, Monroe strode into Congress to deliver his seventh annual message to that body. He had aged noticeably—still tall and fit, but his hair had grayed and deep worry lines had etched his face. Still wearing knee breeches, silk hose, and buckle-top shoes while his audience wore ankle-length trousers, he seemed out of place—out of the distant past, come to ensure his own legacy. Members of Congress stood to applaud—and cheer—some of them trembling with awe as they watched him make his way down the aisle—the Last of the Founding Fathers.

Silence gripped the hall as he prepared to speak. In a voice that seemed more forceful than in previous years, he began by calling the years of his presidency “the golden age of this republic”—a time in which the United States had maintained “peace and amity with all the world.”

To maintain peaceful, friendly relations, he continued, his voice rising, he proclaimed United States supremacy in the Western Hemisphere, describing a line in the oceans around North and South America and warning the rest of the world—as his Virginia regiment had the British in 1776—Don’t tread on me!

In a two-hour speech aimed at foreign leaders as well as Congress and the American public, the president formally closed the Western Hemisphere to further colonization, saying that America’s political system differed from Europe’s, and that the United States would consider any European attempts to extend its system anywhere in the Western Hemisphere as a threat to the United States. From its origins, he said, the United States had sought nothing but peace—for its citizens to fish, hunt, and plow their fields unmolested. The United States had never interfered in Europe’s  internal affairs and would not do so—indeed, wanted no part of Europe’s incessant wars.

(Web site includes buttons, each connected to a major book-seller.)