In real life, Anna is an introverted bookworm, looks sweet and kind of innocent, but don't let her brown eyes fool you. Catch her typing naked at her blog http://annabayes.wordpress.com and on Twitter (@anna_bayes) at all hours.


Under His Wings, a M/M/F menage love story by Anna Bayes 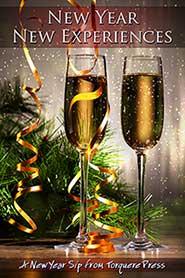 
Bonnie thought Matt was everything she ever wanted: boyishly charming, understanding and exciting. Then she realized that he had another lover: Sean, an artistic, intensely jealous and handsome man. She tries, and fails to accept herself as the barely tolerated female lover. On New Year's Eve, she demands a meeting amongst the three. The confrontation sparks dangerous rage, and something else with an entirely different heat level: steamy desire. Can she bring about a reconciliation satisfactory to everyone involved as she surrenders to her passion?


As I stood before my reflection in the mirror this morning, I tried to rehearse my request to Matt. I repeated it many times, looking into my eyes: the round, dark brown pupils returning my gaze unconvincingly. I shook my hair loose, and reasoned with myself again. If all Matt's talk about my importance is only empty words to keep me, then he is a lying bastard, and I am better off without him. I tried to say it aloud with conviction, but my voice betrayed me; I sounded like a frightened, disappointed little girl. I know logically that I can live without him, but loving him has become such an integral, necessary part of my life; I am not sure I could stop, even if we parted.


5 pm. Matt took my hand as I closed my shop early for the day, kissed it and buried it in the large pocket in his jacket. I love how my hand fits snugly in his; it is as if all my body parts have been tailor-made to suit him, and melt into him. I concentrated on staring at the toes of my boots, mustering up my courage, then I looked squarely into his eyes, and said, "I want Sean to meet me." I had initially practiced declaring in a crescendo, "I refuse to be hidden like an undignified whore. I am not a filler between Sean and other things in your life. I need him to acknowledge me as a person. I demand his respect," but this part of the speech became stuck in my throat. Matt looked at me, dumbfounded, until I almost started to believe that I had delivered my full speech, after all. Then he clenched his teeth, tightened his grip on my hand, and said, "Yes, you deserve better than this."


The taxi ride to his apartment was a blur. The original plan for tonight, it being New Year's Eve, had been that Matt would spend the early evening with me, then return home to Sean for dinner and to count down to 2013 over sizzling sex. Sean is not there when we arrive at the apartment, and we sit on the sofa to wait. Matt looks frighteningly dashing: his eyes blazing, his whole body tense, clearly deep in thought, preparing for something. He looks up as the sound of keys in the lock announces Sean's return. "Hey you..." Sean's lilting voice stops in its tracks as he opens the door wider and sees me seated next to his lover.


Find Anna Bayes at these places:


Her Manic Readers author page (http://www.manicreaders.com/annabayes)
Posted by Diana Rubino at 12:00 AM