I have several of her books on my reading list and can't wait to get to them.

Read about her new title STARCROSSED, a Fractured Shakespeare Novel - Book Three in the Series: 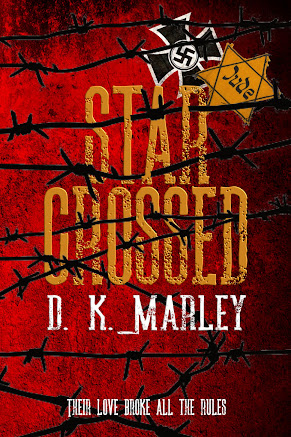 Their love broke all the rules... on both sides.

Rhen, an SS officer, and Julia, a young Jewish girl, fall in love at the outbreak of WWII, defying all the odds as star-crossed lovers. Based on Shakespeare's play Romeo and Juliet, STARCROSSED reimagines the story set in the chaotic world of Berlin. Rhen and Julia meet at a maskenballe, both romantic dreamers whose ideologies rest more in the stars than in their own faith or the politics surrounding them. After their impulsive actions which bind them together, the war rips them apart, and they spend the next four years struggling to find each other... and searching to find their own place within the madness. Again and again, chances are missed as destiny pushes them onward, even as they determine to not end up like the ill-fated lovers of Shakespeare's play.

Will their love survive the horrors of Auschwitz?

Will Rhen save her, and himself, from Hitler's onslaught?

Amazon US
Amazon UK
Amazon Aus
Amazon Can
Kobo
**********
More News About D.K.
Her book KINGFISHER just won first place with Bookfest for Historical Romance Time Travel
The past, future, and Excalibur lie in her hands.Wales, 1914. Vala Penrys and her four sisters find solace in their spinster life by story-telling, escaping the chaos of war by dreaming of the romantic days of Camelot. When the war hits close to home, Vala finds love with Taliesin Wren, a mysterious young Welsh Lieutenant, who shows her another world within the tangled roots of a Rowan tree, known to the Druids as ‘the portal’.One night she falls through, and suddenly she is Vivyane, Lady of the Lake – the Kingfisher – in a divided Britain clamoring for a High King. What begins as an innocent pastime becomes the ultimate quest for peace in two worlds full of secrets, and Vala finds herself torn between the love of her life and the salvation of not only her family but of Britain, itself.From award-winning historical novelist, D. K. Marley - a story for OUTLANDER and MISTS OF AVALON fans - comes a time-traveling historical spanning centuries."It is, at the heart of it, a love story – the love between a man and a woman, between a woman and her country, and between the characters and their fates – but its appeal goes far beyond romance. It is a tale of fate, of power, and, ultimately, of sacrifice for a greater good." - Riana Everly, author of Teaching Eliza and Death of a Clergyman 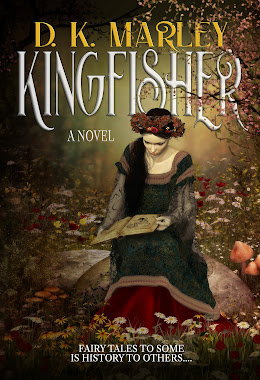