I started reading Lynne's historical mystery novels, and now I'm hooked. I read TIME EXPOSURE after I learned that it's set during the Civil War, and as a huge Civil War/Lincoln buff, I read every book I can get on the subject, and even wrote one!

I purchased several of her other books, then just last week, noticed she'd written a mystery set around the tragic Triangle Shirtwaist Factory fire, THE TRIANGLE MURDERS. On March 25, I sent Lynne a message about this great find, and she mentioned that day was exactly 107 years since that horrible fire where 146 people perished.

Lynne is my guest today, so meet her and read about her books. 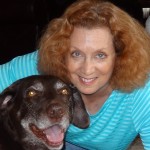 With a Masters’ Degree in Science and more than 28 years as a science museum director, Lynne has had the opportunity to study history and forensic science, both of which play significant roles in her novels. She has written six historical mysteries, each solved by modern technology.

The Triangle Murders was the winner of the Rocky Mountain Fiction Writers Mystery Category, 2011, and was awarded the B.R.A.G. Medallion Honoree Award for independent books of high standards.

Deadly Provenance has also been awarded a B.R.A.G. Medallion and was a finalist for the San Diego Book Awards. With the release of Deadly Provenance, Lynne has launched a "hunt for a missing Van Gogh," the painting which features prominently in the book. "Still Life: Vase with Oleanders" has, in actuality, been missing since WWII.

Her fourth book, Pure Lies, won the 2014 “Best Published Mystery” award by the San Diego Book Awards, and was a finalist in Amazon’s Breakthrough Novel Award.

Time Lapse, her fifth mystery, premiered at the end of 2016 to all 5-star reviews.

Lynne’s newest novel, Hart of Madness, premiered August of 2018 to all 5-star reviews.
She blogs regularly and has many loyal readers and fans.

About Lynne's Work in Progress, THE FINAL NOTE

Thank you to the readers and writers who responded to my query about a concept for my next book.  Your input and my proclivity toward war(s) has helped me decide:  I shall return to World War II.  Instead of the Nazi confiscation of art and a missing Van Gogh painting as in my book, Deadly Provenance, I will focus on music and stolen music manuscripts.  Working title: The Final Note.
Historical fact: Beginning in the early 1930s, edicts against the Jewish population began emerging in Germany.  These edicts became increasingly distressing and disruptive, causing Jews to forfeit their businesses, their homes, their possessions.  Slowly and inexorably they were impelled toward the Final Solution where they would forfeit their most precious commodity: their lives.
In 1933, a group of German Jews set up Der Jüdische Kulturbund, a cultural federation consisting of unemployed Jewish musicians, actors, artists, and singers.  The Kulturbund, or Kubu, was created with the consent of the Nazis strictly for Jewish audiences. The Nazis cleverly permitted this association in order to hide its oppression of the Jews. The Kubu was illustrative of Jewish creativity in response to cultural exclusion. 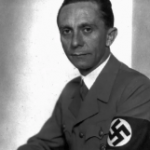 The Kubu performed theatrical performances, concerts, exhibitions, operas, and lectures all over Germany, allowing Jewish performers to earn their livelihood, however scarce. Under the watchful eye of Sturmbannführer, Hans Hinkel, whose boss was Joseph Goebbels, Kubu survived for eight years performing for audiences that continued to diminish.
My research into the life of Jews at this time is only part of my work.  Since the Kubumusicians were permitted to play only “Jewish” musical compositions, I will be researching music history during this period.  In addition, my musician protagonist in the back story will be writing his own compositions. While I play the piano, I have little music theory background and have never written music.
Writers of historical fiction must become artists, teachers, police officers, lawyers, detectives, photographers, doctors . . . all manner of occupations in their novels.  For this book I will become a musicologist.  Well, I can only hope.
The stolen music manuscripts will lead to dire consequences when we fast forward to the modern storyline. Can the manuscripts be authenticated?  Can we learn through modern science and technology, the attribution of these brilliant symphonies?  My task is to find the answers.
Your ideas are welcome.

Follow Lynne on Amazon on this link to all her books