Author Lyndi Lamont is My Guest Today--Read About Her Books and the Tarot!

Today my guest is Linda McLaughlin, writing as Lyndi Lamont. She and I share a fascination with the Tarot, and we both put Tarot card readings in our books. I've had several Tarot readings that were bang on, and have 2 decks myself, but reading them isn't one of my special gifts. It takes a very gifted reader to interpret them right.

Read about Linda, her books, and the Tarot!


Linda McLaughlin grew up with a love of history fostered by her paternal grandmother and an incurable case of wanderlust inherited from her father. She has traveled extensively within the United States and has visited Mexico, Canada, & Australia. A lifelong dream came true with a trip to England where she was able to combine sightseeing and theater with research for her novels. A native of Pittsburgh, she now lives in Southern California with her husband.


I have long been fascinated by the Tarot, and when I was doing research for Rogue's Hostage, I came across a reference to a Protestant minister railing against Freemasons use of "devil's cards'. Right away, I knew he hadn't been referring to the standard playing deck, but to the Tarot, since it was used for divination.


The origin of the Tarot is fairly murky, with claims that it dates back to the Egyptians, but it appears to have originated in Italy during the Renaissance. At least, the oldest extant cards date to that era. The decks we are familiar with today, like the Rider-Waite, didn't exist back in 1758 when my book takes place, but I discovered one that did exist in 18th century: the Ancient Tarot de Marseille. Lucky for me, the deck was still available and I was able to purchase it.


The suits are Baton (Wands), Coupe (Cups), Epee (Swords) and Deniers (Coins or Pentacles-). The cards of the Major Arcana are similar to those of the Rider-Waite decks, but the suit cards are not. The Rider-Waite deck was the first one to have a unique picture for each card. The Marseille Minor Arcana are more like the pips of the standard playing deck, with a number and the symbol of the suit. This makes it much more challenging for an amateur like me to interpret.


In the book my dabbler in the occult is my heroine's brother, Gideon Harcourt. Son and grandson of Calvinist ministers, Gideon rebelled, seeking enlightenment in the forbidden, including Tarot. He's an officer in the Royal Americans, the only British regiment of the time open to the foreign-born, many of whom were German and Swiss. Gideon is also a Freemason, a topic for another day. 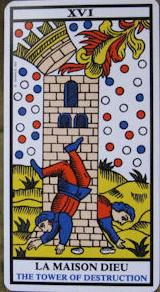 When his sister Mara is taken hostage by a French & Indian War Party, Gideon vows to find and ransom her. He periodically consults the tarot in an attempt to divine the future. Several cards recur in the readings: Le Maison de Dieu (what is now called The Tower) and The Lovers. The latter card perplexes Gideon, who is unaware that Mara is falling in love with her captor Jacques. 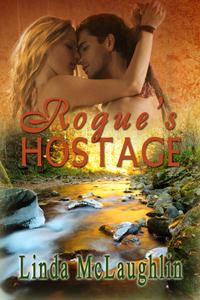 4 ½ stars and a Top Pick from Romantic Times!


In 1758 the Pennsylvania frontier is wild, primitive and dangerous, where safety often lies at the end of a gun. Mara Dupré's life crumbles when a French and Indian war party attacks her cabin, kills her husband, and takes her captive. Marching through the wilderness strengthens her resolve to flee, but she doesn't count on her captor teaching her the meaning of courage and the tempting call of desire.


French lieutenant Jacques Corbeau's desire for his captive threatens what little honor he has left.  But when Mara desperately offers herself to him in exchange for her freedom, he finds the strength to refuse and reclaims his lost self-respect. As the shadows of his past catch up to him, Jacques realizes that Mara, despite the odds, is the one true key to reclaiming his soul and banishing his past misdeeds forever.
(Previously published by Amber Quill Press)


Short Excerpt:
Swords. There were swords everywhere.
Gideon sat in the privacy of his tent at Fort Ligonier and stared at the cards spread before him. The dominant suit was definitely swords, which was no surprise under the circumstances.
The flickering light of a candle cast shadows on the sides of the tent and cast a yellow glow over the brilliantly colored cards. The hour was late and the camp quiet, but Gideon had been unable to sleep. He did not often consult the tarot, but his concern for Mara made him desperate to find answers in any way possible.
And matters would soon be coming to a head. A few days ago, an expedition made up of provincial and Highland troops, including his young friend Cameron Shaw, had left camp headed for Fort Duquesne. If the cards were correct—and the message they told was crystal clear—then Major Grant and his men were in trouble.
In that case, two possibilities occurred to Gideon. The French could leave the safety of the fort and attack the advancing British in force, as they had three years ago with Braddock. However, since it was late in the season, it was also possible that their native allies would tire of the white men's war and go home to hunt for the winter, which would leave the French more vulnerable than ever. Still, a prudent soldier always prepared for the worst.
Gideon sighed and gathered the cards into a pile. His grandfather would be turning in his grave if he knew that his grandson was playing with "devil's cards", as he had called them.
Rogue's Hostage is now available as an electronic download from Barnes and Noble and coming soon to Amazon and Smashwords. For more information and to read an excerpt, go to http://www.lindamclaughlin.com/rogueshostage.html
This is the fifth stop of my Rogue'sHostage Blog Tour. Leave a comment here with your email address to be entered for a $10.00 gift certificate of the winner's choice: Amazon, Barnes and Noble, iTunes, etc. Contest ends March 3.