“A Jug of Wine, a Loaf of Bread—and Thou” -- Lady Elinor's Escape, Sweet Regency Romance by my guest Linda McLaughlin for our #RomanticIdea

“A Jug of Wine, a Loaf of Bread—and Thou” - The Rubáiyát of Omar Khayyam

I always loved that quote, too...so basic, but so romantic...it says it all. Meet Linda and read about Lady Elinor's Escape. 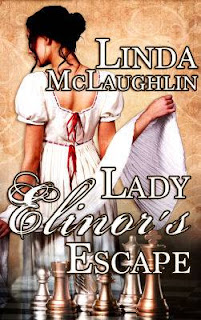 I love that quote, and it makes me think of romantic summer picnics—at the beach, by a lake, in the mountains or a park—whatever location works best where you live or vacation. But what to pack? Wine, bread, meat and cheese are a given, but don’t forget the summer fruit—ripe red strawberries, lush juicy peaches or crisp apples. There’s nothing like a taste of fruit to sweeten a kiss.


Lady Elinor Ashworth always longed for adventure, but when she runs away from her abusive aunt, she finds more than she bargained for. Elinor fears her aunt who is irrational and dangerous, threatening Elinor and anyone she associates with. When she encounters an inquisitive gentleman, she accepts his help, but fearing for his safety, hides her identity by pretending to be a seamstress. She resists his every attempt to draw her out, all the while fighting her attraction to him.

There are too many women in barrister Stephen Chaplin's life, but he has never been able to turn his back on a damsel in distress. The younger son of a baronet is a rescuer of troubled females, an unusual vocation fueled guilt over his failure to save the woman he loved from her brutal husband. He cannot help falling in love with his secretive seamstress, but to his dismay, the truth of her background reveals Stephen as the ineligible party.


An excerpt from Lady Elinor's Escape


Elinor looked around her. “Where shall we have our picnic?”

“I have a particular place in mind.”

A few minutes later, he reined in the horses near a small pond with a few ducks paddling on the surface. He put his hands on her waist and swung her down from the curricle. His hands lingered for a moment longer than necessary as he stared into her eyes. His were a dark liquid amber, like honey, and the warmth in his expression set her heart to racing.

Alarmed by her reaction, she stepped away from him. Oh my, this very private picnic might not have been a wise idea at all.

After tethering the horses, he spread a blanket under a nearby oak, and then produced a picnic basket. While Elinor lowered herself onto the blanket, removed her gloves and bonnet, he dug into the basket. The picnic turned out to be a hearty repast of cold chicken, cheese, bread and butter, cider and sweet, fresh strawberries.

Elinor did not realize how hungry she was until she took the first bite of chicken. Before she knew it, she had devoured a bit of everything, aware of Stephen watching her the entire time.

“I did not mean to eat so much,” she said, feeling a bit embarrassed.

“As you are so slender, I had not expected you to have such a hearty appetite,” he remarked with a smile. “I approve.”

“I’ll pass your compliments on to Mother’s cook. She kindly provided the food.”

“You mean you cajoled her into it,” Elinor teased him.

He flashed her a boyish grin. “Cook always did have a soft spot in her heart for a hungry boy.”

“You must have had a wonderful childhood.”

He shrugged his shoulders. “Fairly typical, I should imagine, except for my habit of bringing home stray and injured animals. I was the despair of my mother.”

Elinor laughed softly. “Then you have not changed much, only now you collect stray females. What does your mother think of that?”

Again he shrugged. “If only I were to marry one of them, she would not object at all, or so she says.”

“I see.” So he was under familial pressure to marry. But he could hardly consider a liaison with a seamstress. Was he pursuing her as one last fling before getting married?

“There is one strawberry left.” He held it out to her.

She leaned toward him and bit into the sweet pulp. A trickle of juice ran down her chin. With one finger, he captured the moisture, and then licked it off, all the while holding her gaze. Her eyes widened at the intimacy of the gesture as heat rose to her cheeks. She was in over her head here. 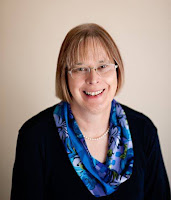