Meet My Guest, Best-Selling Author and Dear Friend Brian L. Porter in His Own Words

I've known Brian for many years. We collaborated on a historical romantic thriller, Sharing Hamilton, which became an Amazon international best seller. I've read many of his books, and recently finished Requiem for the Ripper, Book 3 in the trilogy that I devoured. You'll see my praise for Requiem in my review below.

Here are Brian's own words about his journey and his best-selling books:

JACK THE RIPPER AND MORE

I became interested in the crimes of Jack the Ripper while serving in the RAF over 40 years ago, but it was my son who eventually encouraged me to write A Study in Red, the first book in what became the trilogy. After over 40 years of studying the Ripper murders, I’m no nearer to coming up with the real identity of the Ripper, though like all students of the subject, I have my own prime suspect. So, not wanting to come up with yet another ‘true’ revelation of the Ripper’s identity, I decided to create a fictional series, which, though relating the true facts of the Ripper’s crime, is a series of fictional tales all linked by the crimes of the one and only, Jack the Ripper!

About Requiem For the Ripper 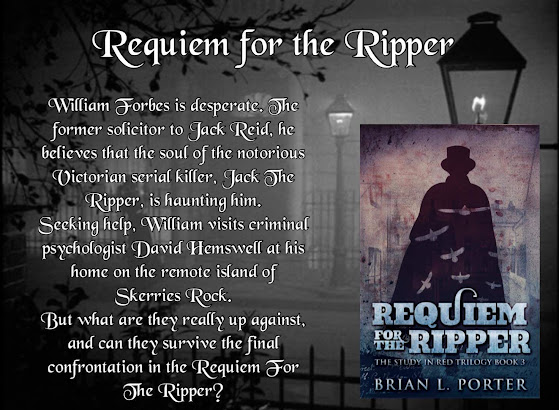 William Forbes is desperate. The former solicitor to Jack Reid, he believes that the soul of the notorious Victorian serial killer, Jack the Ripper is haunting him.

Together with David's friend Kate, a paranormal investigator, they begin to understand the terror that Forbes is facing.

But what are they really up against, and can they survive the final confrontation in Requiem for the Ripper?

I'm Sorry It's The End Of The Series

A huge Jack the Ripper buff, I’ve read the other books in Brian Porter’s Study in Red series, and thoroughly enjoyed each one, but I devoured this. In this final instalment, the eerie tale is brought to a shattering conclusion. Fans of the paranormal will be happy to see otherworldly elements weaved into this plot which doesn’t quit until the final word. As I am very much into the paranormal, this story was a double treat. A remote island off Scotland’s coast serves as the setting and is it ever a perfect setting.

William Forbes, the former solicitor (lawyer) to serial killer Jack Reid, believes the spirit of Jack the Ripper haunts him. He contacts David Hemswell, a criminal psychologist, to help him. As William explains his horrific experiences, David realizes this case may be beyond his capability, so he calls on his paranormal investigator friend Kate, who arrives and confirms that paranormal forces are at work here. I won’t give away any more details, for the story leads to more twists and turns, culminating in a horrifying crescendo that is more terrifying than the Jack the Ripper murders Brian described in the earlier books.

Not only was the story brilliantly constructed and structured, the prose was at the highest level of professionalism. As a novelist myself, I consider the prose just as important as the story itself. Brian knocked this one out of the park!

As you might have guessed this is quite a scary and atmospheric tale, that I felt brought the trilogy to a suitable, satisfactory ending with just a hint that maybe it isn’t really the end. Although each book in the trilogy is suitable for reading as a stand-alone novel, it would definitely help readers if they begin, as Diana did with book one and then work your way through the series.

I hope that’s whetted your appetite a little, and perhaps now would be a good time to tell you a bit more about me. I’m a former member of the Royal Air Force, who then spent around twenty years working in business management before becoming a full-time writer.

I now have over twenty Amazon bestsellers to my name. 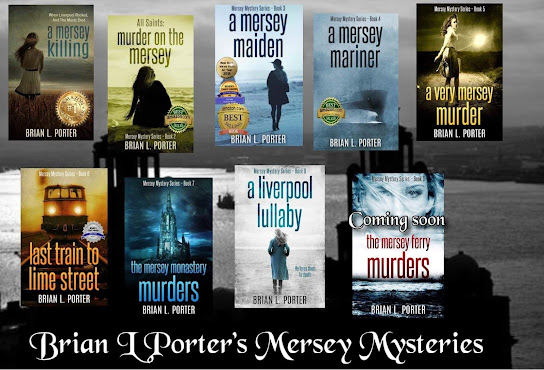 I’m probably best known as the author of the bestselling Mersey Murder Mystery series of books, which are all set in and around the city of Liverpool in the UK, where I’m from of course, and also my bestselling Nonfiction series, ‘Family of Rescue Dogs’, the title of which I hope is self-explanatory. 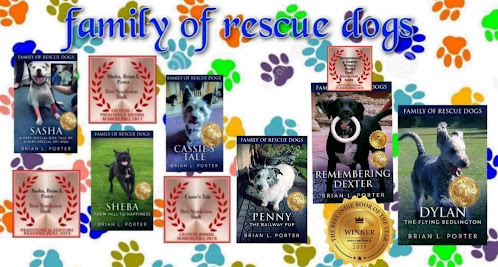 I also co-authored the bestselling historical romance thriller Sharing Hamilton with Diana, after she invited me to collaborate on her book by adding a serial killer subplot. Thus the character of Dr. Severus Black came into being, a wonderfully charming yet creepy English doctor with a heart of stone, who proved to be a popular addition to Diana’s novel. 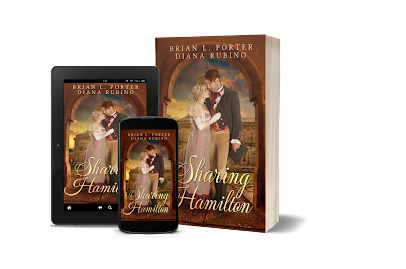 I can’t let this article pass without mentioning my other recent release, a very topical Cold War Thriller, Pestilence.

Originally released ten years ago and recently updated and republished, Pestilence is chillingly topical, when one takes note of the current pandemic sweeping the globe. In the book, a small English village is suddenly struck by a new killer disease, which doctors are at first unable to diagnose, but which is eventually identified as a new and previously unheard-of strain of pneumonic plague! 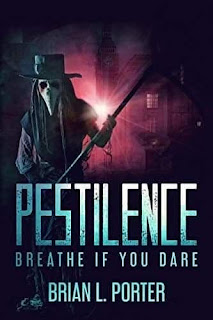 English countryside, 1958. The idyllic village of Olney St. Mary has stood in its peaceful location for over 900 years.

Until one day, when two teenage boys are struck by a mysterious illness. The newly arrived Doctor Hilary Newton suspects a common flu to be the cause of their malady. Before long, the doctor and residents of Olney St. Mary are plunged into a nightmare, as the disease ravages the local population. Despite the doctors employing the latest medicine available, the death toll keeps rising.

Someone in the village knows the reason behind the pestilence that has struck at the heart of the village, but can the medics learn the truth before it’s too late, or will they join the growing list of names that appear on the death roll in Olney St. Mary?

Could This Happen To Us?

It took Hilary less than five minutes to drive the half mile to her home. During those minutes she reflected on the state of her latest patient. That David Bradley was ill she was in no doubt about. That it was influenza she was reasonably sure about, though she had a terrible feeling that she might be witnessing the manifestation of a new strain of the killer bug. Influenza had been responsible for millions of deaths throughout the history of mankind and the "flu virus had developed an uncanny means of mutating from time to time, developing new and more powerful biological weapons in its global war against the human race. Hilary knew that if this was indeed a new strain that had found its way to Olney, then she would need help from outside.' This was Doctor Hilary Newton's diagnosis after attending her first patient as the new resident doctor in Olney St. Mary. And much to her distress, her fears were increased when a second patient turns up with the same symptoms. Hilary decides it's time to send both patients to the nearest hospital for further evaluation. The patients were sent to Ashford General Hospital where Doctor Paul Trent, a specialist in respiratory diseases, would examine them and hopefully find something to relieve their stress as well as prevent others from becoming infected with what appeared to be a new strain of the `flu. But fears increase for both doctors when one patient dies on his way to the hospital. After his examination of the surviving patient, Doctor Trent has an idea as to what they are dealing with. This theory is confirmed by the department head Doctor Malcolm Davidson. The village of Olney St. Mary has just become involved in a very serious epidemic of the "plague." Brian L. Porter has again brought to light the possibilities of an incident that could occur and may have already occurred without the general population knowing. How far will a government go to keep something this serious contained? How far will they go to keep it quiet? And what will they do if it turns out that the original source may have come from within the government itself? Pestilence is another eye-opener that will really make you start wondering about these questions and the possible answers.--Martha A. Cheeves

You can find all the books in my Ripper trilogy here.

My Amazon author page for a full list of my books here.

I'd also love to see you on my page at Next Chapter Publishing.