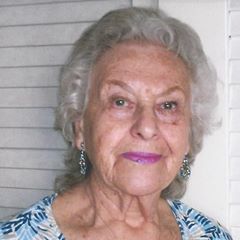 Angela Marie Rosati (nee Russo) was born on August 22, 1929 in Long Island City, NY and grew up in Astoria, NY. That's just across the East River from Manhattan. "I worked in my father’s Italian Dairy business for years. I worked hard and read a lot. I loved going to the Broadway Shows, Metropolitan Opera and the New York City Opera. I purchased my first computer when I was 70 yo, or something like that. I began writing because my family was sick of hearing my historical/hysterical family stories. Later I took an online writing course; I was a 76 yo college girl! I don't want to be rich and famous; I just want to be rich, rich, rich."


Angela and I have been dear friends for 25 years. We met through CompuServe's Italian Forum. She's the daughter of Italian immigrants and writes delightful, sweet romance novels with her unique touch of wit.

Angela calls on her life experiences for her books, which is why they are so authentic--they read like true memoirs rather than fiction.

She told me one of her many engaging stories the other day, and graciously allowed me to repeat it here.

"Maybe, this one will cheer you up...and I should include it in one of my books. I was 10 yrs. old and was going to make my First Holy Communion. (how do you like for formality!) The tough head nun told us girls we had to buy our missals, rosaries and VEILS from the church. The veils looked like the netting mothers used to put on the carriages to protect the sleeping babies from flies. I told my mother but she had already bought white satin for my dress (pattern Snow White) and my veil. The veil was the frilliest thing you could imagine. I, stupidly, went to the tough nun and told her my mother's actions. She asked me to describe the veil and I eagerly described it. (Any bride would have been happy to wear it.) When the nun heard, her lips thinned out and she told me to bring my mother in to see her. My mother, less than five feet tall, feared no living or dead human being. She was afraid of mice; that's all. Nancy, (mamma) and I went to see the nun; who asked about the veil. My mother, in church, facing the nun and said in her broken English, "Oh, is veddy plain, notting. I veddy poor. My Comara give to me." At the time, I was shorter than mamma and looking up at her, LYING in CHURCH to the NUN, face to face, her hands moving as Italians do. The nun, no fool and a daughter of Abruzzese knew my mother was lying. I saw smoke coming out of her ears. Her lips completely disappeared. She was beaten. On Communion Day, I was the only girl in a beautiful veil. The nun looked at me and I knew she wanted to not only kill me but my mother, too. Ha, she could have tried but Nancy would have floored her. And all the other girls in their raggy veils were jealous, even the rich ones." 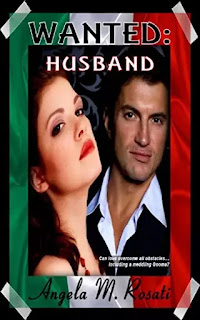