JFK Assassination Buffs...My New Title is THE END OF CAMELOT

I've been a HUGE JFK assassination buff since that very day. Everyone who was alive on November 22, 1963 knew exactly where they were and what they were doing when they heard the news. I was in my first grade classroom. The teacher got a call on the classroom phone and told us ‘the president was shot.’ A collective gasp went around the room. I was 6 years old and in first grade. It was ten years before I saw the footage of Ruby shooting Oswald, on an anniversary documentary.
But it was my grandmother who got me interested in the biggest mystery since 'who killed the princes in the Tower?' (I'm a Ricardian; that's for another post).  She got me embroiled right along with her.
She listened to all the radio talk shows (those who lived in the New York area might remember Long John Nebel, on WOR, WNBC, and WMCA, all on AM radio (FM was really 'out there' at that time).
She recorded all the radio talk shows. She bought whatever books came out over the years, along with the Warren Commission Report, which I couldn't lift at the time, it was so heavy. But my interest never waned in the 51 years that followed.
In 2000, I began the third book of my New York Saga, set in 1963. The heroine is Vikki McGlory Ward, daughter of Billy McGlory, hero of the second book, BOOTLEG BROADWAY, set during Prohibition. This was my opportunity to write a novel showcasing all my current theories, and continue the saga. It took a minimum of research, since I remember all the 60's brands, (Bosco, Yum Berry, Mr. Bubble...), the fashions, the songs, and I even included a scene set on that unforgettable night when the Beatles first appeared on the Ed Sullivan Show, February 9, 1964.
The book's synopsis is below. It will be released on April 10 by The Wild Rose Press.
I'd be very interested to hear from other people who remember November 22, 1963, or who would like to talk about anything related to the JFK assassination or what followed. 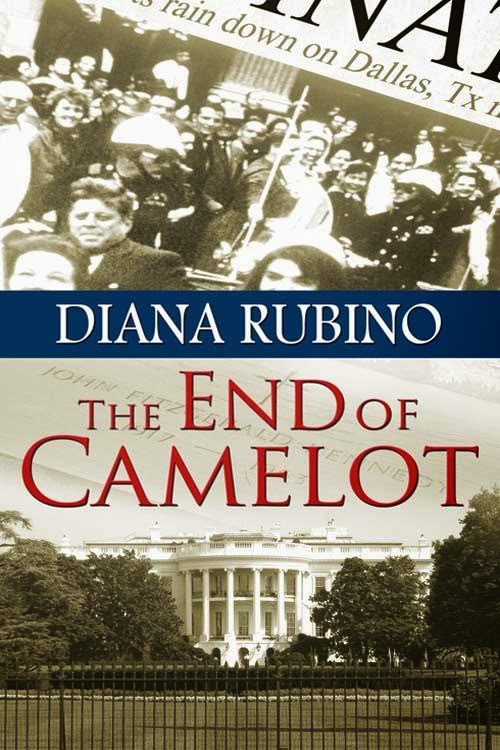 November 22, 1963: The assassination of a president devastates America. But a phone call brings even more tragic news to Vikki Ward—her TV reporter husband was found dead in his Dallas hotel room that morning.
Finding his notes, Vikki realizes her husband was embroiled in the plot to kill JFK—but his mission was to prevent it. When the Dallas police rule his death accidental, Vikki vows to find out who was behind the murders of JFK and her husband. With the help of her father and godfather, she sets out to uncover the truth.
Aldobrandi Po , the bodyguard hired to protect Vikki, falls in love with her almost as soon as he sets eyes on her. But he's engaged to be married, and she’s still mourning her husband. Can they ever hope to find happiness in the wake of all this tragedy?
Pre-order THE END OF CAMELOT for Kindle


First Lines of Book:
Washington, D.C., September, 1959
Vikki McGlory aimed her Smith & Wesson .38 and fired at the metal target.
“Bull’s eye.” She kissed the gun’s warm barrel. A smudged red lip print bloomed against the steel gray metal.
My Favorite Passage:
Billy came down the stairs for a nightcap and glanced into the living room. He noticed the glow in the fireplace, Vikki’s eyeglasses and the anisette bottle on the table. The couch faced the other way, but nobody was sitting on it. “Where’d they go?” Then he realized they hadn’t gone anywhere—and they were on the couch, but not sitting. Before he got out of their way, he placed a long-playing record on the phonograph. Jackie Gleason’s “For Lovers Only.”