Happy New Year and a Healthy 2017 full of awesome books! 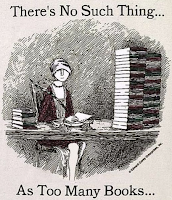 Since 1984, I've kept a list of every book I read, the author, and a rating of 1-10 (10 being highest). This list has sure some in handy many times, if I can't remember a title or author, or if I start reading a book and say 'hmm, this looks familiar...' then I look it up, and sure enough, it's on the list, sometimes many years back. I'd like to share my favorite books of 2016...I'll give you the 10's and the 9's. I don't usually have that many 10s--those are the books I can't put down!
I'll put in Amazon links to the ones that really stood out.
A Child is Missing – Karen Beaudin - 10 - (true story about a 13-yr-old girl who was murdered in NH in 1971, written by her sister)
Also has a sequel, A Child is Missing, Searching for Justice, also a 10
Americana – Ray Davies (founder of The Kinks) - 9
Assassination of JFK, the Reasons Why – Albert Newman - 9
The Dating Game Killer – Stella Sands - 10 (about a serial killer who'd appeared on The Dating Game. The girl on the show chose him as the bachelor to go on the date with, but didn't go because 'he looked creepy.')
Dead Presidents – Brady Carlson – 9
Diary of Dorcas Good – Rose Earhart - 9
Five Days in November – Clint Hill – 10 (Secret Service agent who protected Jackie Kennedy)
Five Presidents – Clint Hill - 9 (he was in the Secret Service during the terms of Eisenhower, Kennedy, Johnson, Nixon & Ford)
The Keepsake – Tess Gerritsen – 9 (all her books are great)
The Litigators – John Grisham – 9 (if it has his name on it I'll read it)
The Lost Girls – John Glatt – 9 (about the girls who were abducted in Cleveland, in captivity for 11 years)