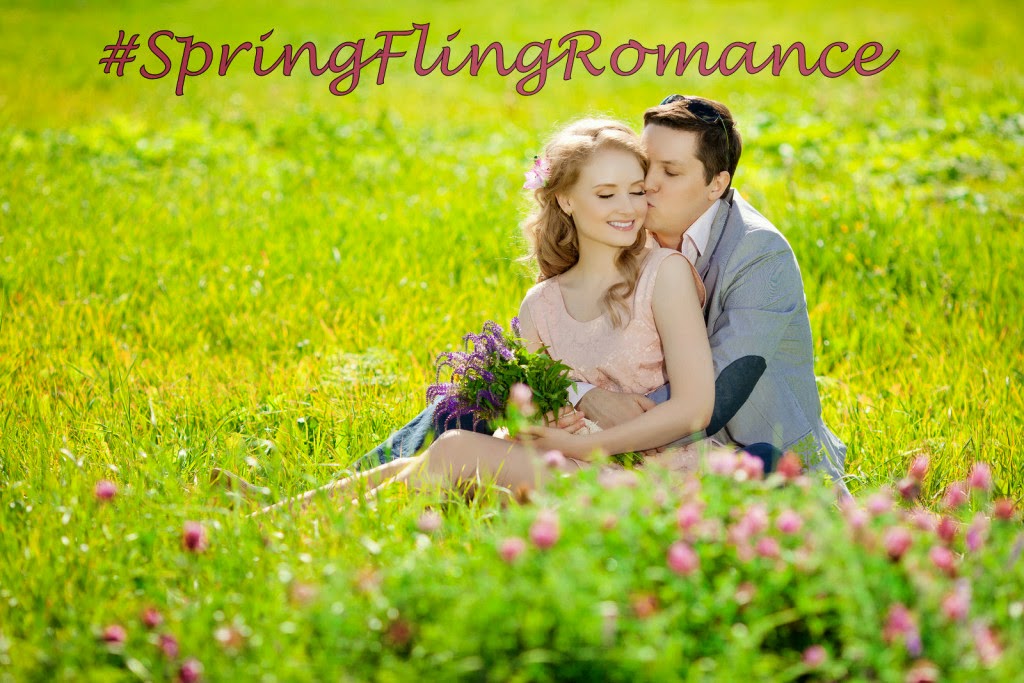 Why I love spring
by Kim Headlee


When God created the world, He had to make it functional, of course. He didn't have to make it beautiful, and yet He did. The dancing bands of the aurora's display, the giggle of a child, the caress of silk on the skin, the first whiff of coffee and bacon in the morning... but never is that beauty more evident than in the sights and sounds and smells of the season of rebirth and hope. It is my hope that you enjoy all these sensory delights as much as I do!


Spring flowers play a major role in God's rebirth process. My paranormal historical romance Snow in July presents a rebirth metaphor, often using flowers too: a rebirth from the winter of angst, grief, fear, and hatred into the spring of acceptance, compassion, forgiveness, and love.
About Kim:


Kim lives on a farm in southwestern Virginia with her family, cats, goats, and assorted wildlife. People and creatures come and go, but the cave and the 250-year-old house ruins—the latter having been occupied as recently as the mid-twentieth century—seem to be sticking around for a while yet.
She's a Seattle native and a direct descendent of twentieth-century Russian nobility. Her grandmother was a childhood friend of the doomed Grand Duchess Anastasia, and the romantic yet tragic story of how Lydia escaped Communist Russia with the aid of her American husband will most certainly one day fuel one of Kim's novels. Another novel in the queue will involve her husband's ancestor, the seventh-century proto-Viking king of the Swedish colony in Russia.
For the time being, however, Kim has plenty of work to do in creating her projected 8-book Arthurian series, The Dragon's Dove Chronicles, and other novels under her new imprint, Pendragon Cove Press.
Watch Kim's Video Interview
FOLLOW KIM:
Website

YouTube Channel
Read About SNOW IN JULY:
Sir Robert Alain de Bellencombre has been granted what every man wants: a rich English estate in exchange for his valiant service at the Battle of Hastings. To claim this reward, the Norman knight must wed the estate's Saxon heiress. Most men would leap at such an opportunity, but for Alain, who broke his vow to his dying mother by failing to protect his youngest brother in battle, it means facing more easily broken vows. But when rumors of rampant thievery, dangerous beasts, and sorcery plaguing a neighboring estate reach his ears, nothing will make him shirk duty to king and country when people's lives stand at risk. He assumes the guise of a squire to scout the land, its problems, and its lady.
Lady Kendra of Edgarburh has been granted what no woman wants: a forced marriage to an enemy who may be kith or kin to the man who murdered her beloved brother. Compounding her anguish is her failure to awaken the miraculous healing gift bequeathed by their late mother in time to save his life. Although with his dying breath, he made her promise to seek happiness above all, Kendra vows that she shall find neither comfort nor love in the arms of a Norman…unless it snows in July.
Alain is smitten by Lady Kendra from the first moment of their meeting; Kendra feels the forbidden allure of the handsome and courtly Norman "squire." But a growing evil overshadows everyone, invoking dark forces and ensnaring Kendra in a plot to overthrow the king Alain is oath-bound to serve. Kendra and Alain face a battle unlike any other as their honor, their love, their lives, and even their very souls lie in the balance. 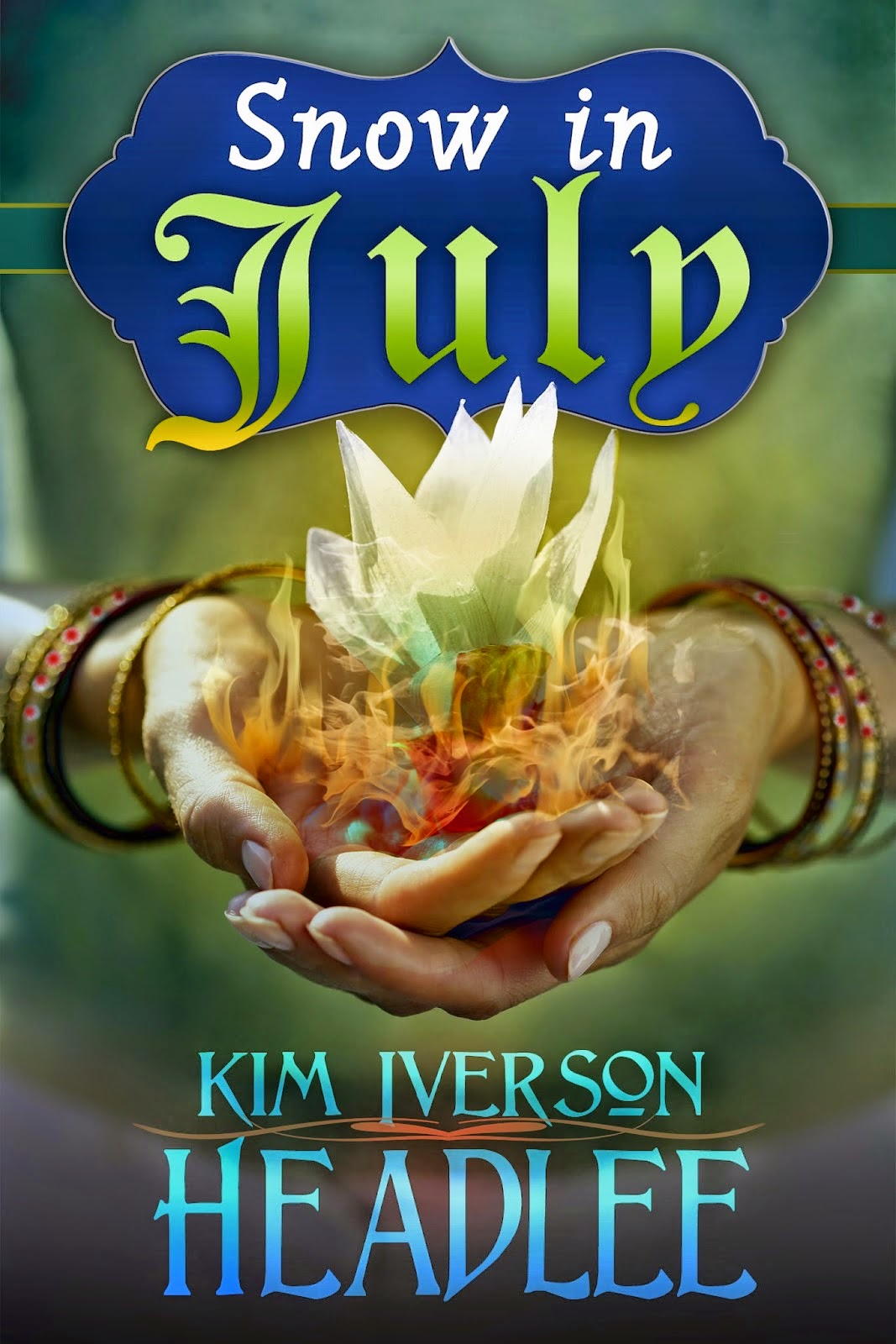 Book Trailer
In the following excerpt, Kendra, alone with the badly wounded and unconscious Alain, confronts her fear of her inherited paranormal healing gift, the activation of which is catalyzed by touching dried Christmas blooms from the Glastonbury thorn tree. That fear is born from the failure on her previous attempt to use the flowers to save her dying mother, several years earlier. The petals had ignited in her hands, causing a lurid rash whose scar has left a permanent reminder of her failure and anguish.
Excerpt
As she reached for the packet again, fear froze her hand.
The Glastonbury thorn’s Cristes-mæsse flowers were reputed to work miracles for the pure of heart. Yet how could she be “pure of heart” when she harbored venomous hatred for the man who had murdered her brother? How could she look her Norman bridegroom in the eye and proclaim her fidelity to him while she felt herself succumbing to this squire’s forbidden allure? How could she reconcile the months of despising England’s new king for what he had done to her people, her family, and her very existence?
“I can’t!” Sobbing, she buried her face in her hands. “I just can’t. The thorn won’t work for me. I am not worthy.”
Power does not come without sacrifice. But for Alain’s sake, and yours, you must endure the thorn.
For Alain’s sake.
Raising her head and drying her face on the sleeve of her gown, she gazed at the man—the Norman—who’d already sacrificed God alone knew how much for her sake. His chilled, waxy face convinced her that whether she was betrothed to another man or not, and whether Alain was kin to Del’s murderer or not, she didn’t want him to pay the ultimate price.
She had no right to permit him to make such a sacrifice.
The very least she could do for him was sacrifice a small piece of herself.
She drew a deep, shuddering breath, released her hatred as best she could, and pressed the packet between her palms.
***
Author's Note: Cristes-mæsse is the ancient Saxon word for Christmas